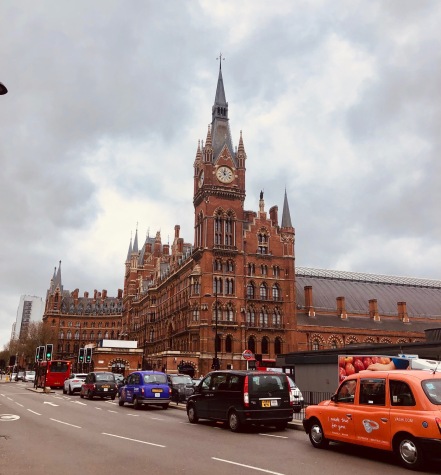 My first impression of London, when I stepped off the Heathrow-Express at Paddington Station, was that it didn’t sound like London. I heard accents and languages from many other countries, but the British accent, which had been trained into my American mind via television and film, blended in among the many tourists and migrants from elsewhere in Europe and beyond.

As a city that has become a cultural melting pot, along with the looming Brexit struggles, one would expect the place to lose some of its identity, or at least question it. Instead, there is a sense that the United Kingdom seems to shrug-off inevitable changes in its future. History is on her side and the country has a tradition of soldiering on despite obstacles. As I walked through London and Oxford, buildings hundreds of years old, some close to a millennium, stared down at me. They seemed to say, We’ve lasted this long, why worry now? London is a self-assured city, confident that whatever it becomes, it’ll always have its history.

I grew up in Atlanta, a young city even by United States’ standards, a country still in its adolescence compared to Europe and much of the world. London was a historic playground for me, offering so much culture and architecture it was overwhelming at times. Even with my itinerary for the week mapped out and prepared, my boyfriend and I still struggled to make decisions on what to prioritize. We couldn’t see everything, much as we tried. Touring museums alone would take about a month. So, we focused our trip to British history, literary history, food and drinks (because pubs and pies), and a few other things along the way.

As a literary fanatic, London captures my heart. From William Shakespeare to Virginia Woolf, most of my experience with Great Britain comes from books. Classic stories have shaped my perception of London, whether following the Artful Dodger down the labyrinth of nineteenth century courts or Dorian Gray to the Mayfair district. We visited a number of historic literary spots including Shakespeare’s Globe, the Charles Dickens Museum, the British Library and strolled through Bloomsbury, where Virginia Woolf and her circle lived. We also spent a day in Oxford and saw the Bodleian Library, which dates back to the fourteenth century.

Stage from the Pit at Shakespeare’s Globe

Touring Shakespeare’s Globe Theatre, our guide took us on a oral journey back to Elizabethan theater. Built in the 1970s, based on the limited historic records of what the actual Globe would have looked like and constructed true to the era, the theater serves as a sort of time machine. While people were standing outside Parliament with signs protesting Brexit, our tour guide gushed over the experience of a groundling, watching The Merchant of Venice or Macbeth while getting plastered on ale as they stood in the pit in front of the stage.

London’s global influences isn’t specific to the modern convenience of the European Union, which allows foreign members to easily relocate to the U.K. (at least, until the divorce). In fact, London began inviting this cultural influence when Prince Albert, husband of Queen Victoria, established the Great Exhibition, the first world’s fair in Hyde Park in 1851.

Walking through the Victoria and Albert Museum and the British Museum, I was simultaneously in awe of the art and artifacts collected from around the world and jarred, looking at things that belong elsewhere. Taking in the Rosetta Stone, an Egyptian sarcophagus and sculptures of Indian lords reminded me of the reach the nation once had across the world. We went from eating traditional English breakfast of eggs, red beans and tomato to looking at classical sculpture of Greece and Rome, all while rubbing shoulders with visitors and residence from other nations. It made me question, What is London? more than once. London is a city steeped in its own history as well as the history of the world, allowing change to happen as it inevitably will. 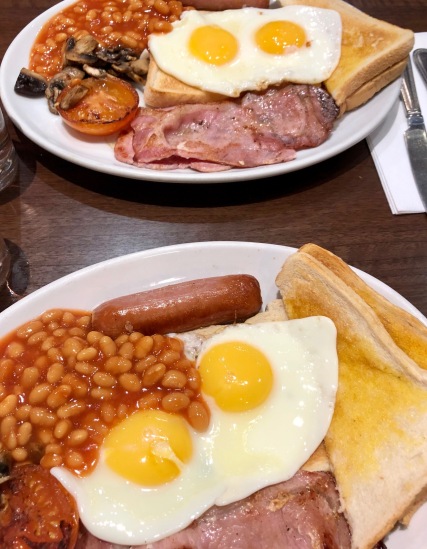 Obviously, a visitor’s experience doesn’t hold a candle to what it’s like to be a Londoner, but it’s interesting to consider that while I walked through Westminster Abbey, past the tombs of monarchs and hundreds of years of political figures, members of Parliament worked to determine the countries future next door.