Sometimes it feels like storytelling must be mixed with my blood because I’ve been doing it my whole life and I can’t seem to shake it. Maybe there is something inherent that inspires me to write, but to get anywhere near good storytelling, I had to learn first. Part of the learning process is reading and figuring out the scope of possibility from other writers- what makes a good character? Good writing style? Good structure? Here are eight novels that I learned from and have shaped me as a writer:

A Wrinkle in Time, by Madeleine L’Engle

I might not even be a writer today if my mother hadn’t read A Wrinkle in Time to me as a child. It was certainly the first book to spark my love for science-fiction. In fifth grade, I made a picture book in homage to Madeleine L’Engle’s classic- I guess today that’s something like fan fiction.

The Hobbit, by J.R.R. Tolkien

Make the smallest, most seemingly insignificant character the protagonist. A unique and interesting story can develop from there- probably one that hasn’t been told before (because we all know the one where the most special, strongest, smartest guy saves the day). In terms of world building, Middle-Earth takes the cake. The Hobbit taught me where to find a story and the work and research required for fantasy writing (or any writing, really).

Gail Carson Levine’s feminist twist on Cinderella taught me at a young age that girls can be flawed and imperfect and still win the day in the end. They can even have a happy ending. I cherished this book as a kid, having found a female protagonist that I related to.

Ender’s Game reignited my love for science-fiction in college, but the sequel showed me that the genre can be thoughtful and philosophical- even on a planet light-years away. Orson Scott Card sends an adult Ender to a colony planet in search of a new home to restart a species after his xenocide of them. That’s some pretty complicated stuff.

The Bell Jar, by Sylvia Plath 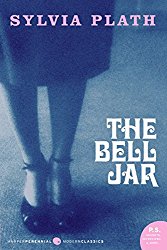 I read The Bell Jar recently, but Sylvia Plath’s voice immediately hooked me. It was so real, so relatable, that I felt like I was with her throughout her spiral into depression. This book showed me that I have to be brave and true to my own voice- it’s really the only way to surface truth in writing.

I, Robot, by Isaac Asimov

Two lessons from I, Robot: pick the right structure and if exposition is necessary, at least make it entertaining.

Little Women, by Louisa May Alcott

I guess Louisa May Alcott’s famous novel did not inform my writing, at least not in an obvious way, so much as inspire me to become a writer. As I’ve mentioned in previous posts, the character Jo March was a big inspiration for me to pick up the pen and start writing.

The Odyssey, by Homer

The original epic fantasy- Homer’s tale of Odysseus and his difficult journey home to his wife and son is a classic worth examining for any storyteller. That’s a pretty simple plot, isn’t it? The world and conflicts within it should be rich and complex, but not the character’s ultimate goal. This was a hard lesson for me to learn- after years of plotting huge, out of scope films and prose- but an important one.